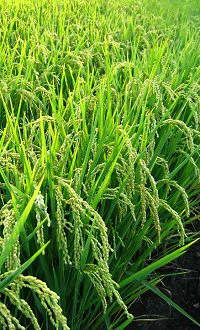 A new rice-based vaccine could give developing nations a cheap and effective treatment against the killer disease cholera, Japanese researchers say.

Unlike conventional cholera shots, which have to be refrigerated right up to the point of delivery, the genetically modified rice vaccine has a shelf life of several years at room temperature.

That would make the experimental treatment not only cheaper but much easier to distribute in cholera hot spots like Africa, Latin America and parts of Asia.

Dr Tomonori Nochi at the University of Tokyo's Institute of Medical Science and colleagues publish their research online in the Proceedings of the National Academy of Sciences.

The researchers inserted a gene from cholera bacteria, Vibrio cholerae, into the genome of the Kitaake rice plant.

The gene expressed a subunit of the disease-causing cholera toxin B, about 30 micrograms of which accumulated in each rice seed.

Mice then ate the transgenic rice in the form of powder, absorbing the cholera toxin B antigen.

This caused their immune system to release very specific antibodies that were capable of neutralising the cholera toxin.

The rice-based vaccine was also resistant to digestion by gastric juices in the stomach and remained active even after long-term storage at room temperature.

"Rice-based mucosal vaccines offer a highly practical and cost-effective strategy for orally vaccinating large populations against mucosal infections, including those that may result from an act of bioterrorism," the authors conclude.

Cholera bacteria, which are typically spread through contaminated food and water, cause acute diarrhoea that can lead to dehydration and shock.

If not treated with oral rehydration salts, the infection can be fatal.

Modern sewage and water treatment systems mean the disease is no longer a problem in the developed world, but it still claims lives in poorer nations, according to the World Health Organization (WHO).

"When cholera occurs in an unprepared community, case-fatality rates may be as high as 50%, usually because there are no facilities for treatment, or because treatment is given too late," WHO says.
上一页 下一页
加入学会
会议注册
团体会员
理事单位
热点专题
友情链接 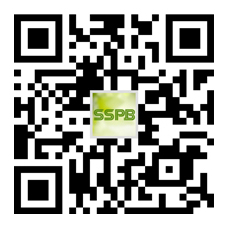